The Giant Worm in Science and in Space

The Giant Worm is an interactive project from Outer Space I Inner Space demonstrating how ‘C. elegans’, a minuscule worm that lives in compost heaps, helps world-leading research carried out in GRE. A massive video wall allows visitors to get up close and personal with the inner world of the 1mm long roundworm that live for 2-3 weeks and eat bacteria. 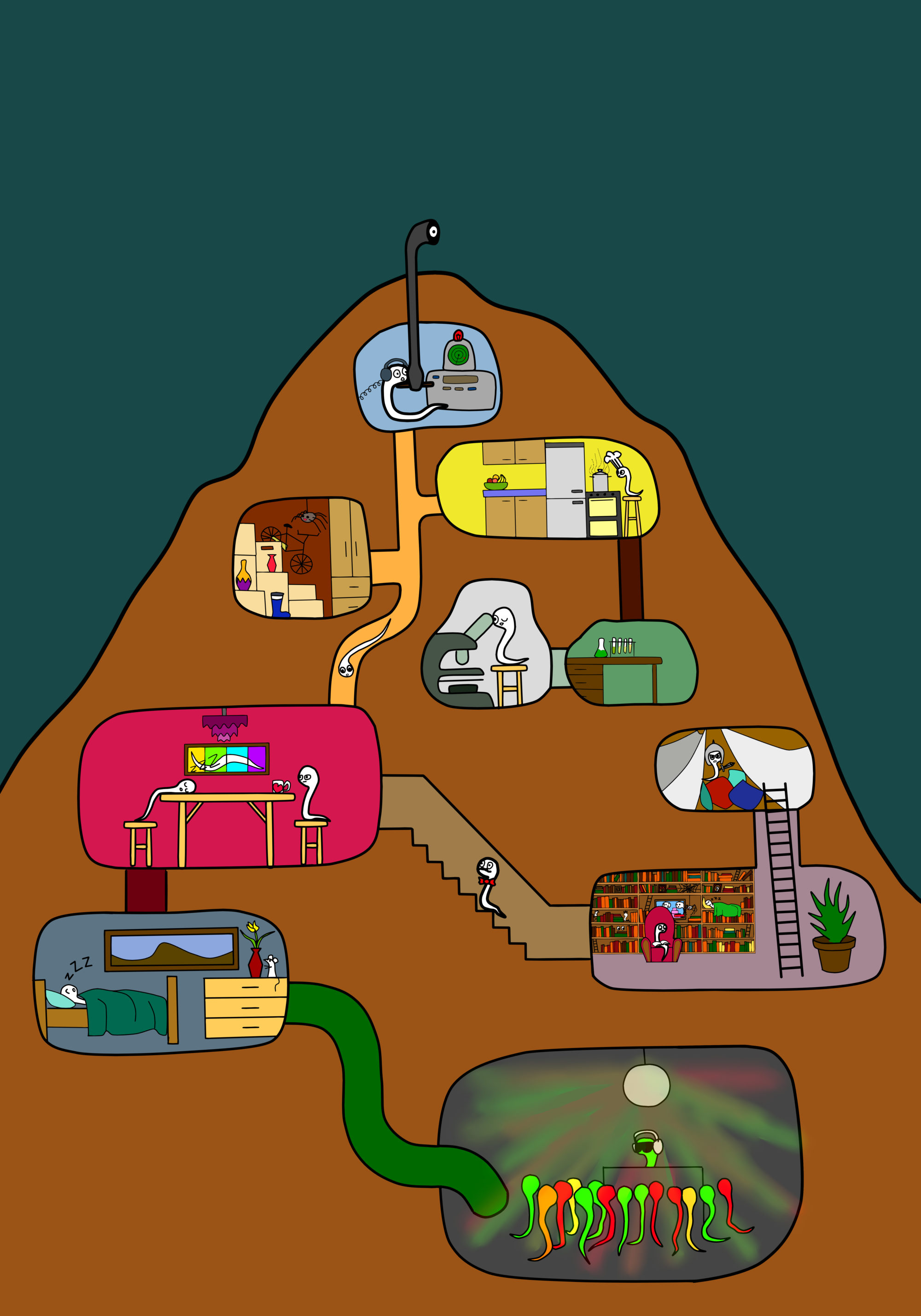 Did you know that scientists including some in GRE use them in their research?

Caenorhabditis elegans are called a model system for research. This is because the worms bodily systems are very similar to humans. They have a nervous system, muscle, intestines and reproductive organs. As their genome (the instruction manual on how to be built) is much less complex than in a human (about 100 million base-pairs compared to 3.3 billion base-pairs in humans with 35% similarity to human genes), they are an ideal candidate for study. Also they are transparent which makes it possible to examine changes such as cell division and development in real time. Check out our videos to learn more.

What do scientists learn from studying these worms?

The worms are used in biomedical research investigating human development, genetics, aging and diseases such as Parkinson’s and cancer.

Research using C. elegans has helped a number of scientists receive Nobel Prizes. These include Sydney Brenner who features in our ‘Giant Worm’ video and is the founding father of using C. elegans as a model organism. He received the Nobel prize for Physiology or Medicine in 2002, shared with Bob Horvitz and John Sulston, “for their discoveries concerning genetic regulation of organ development and programmed cell death.” 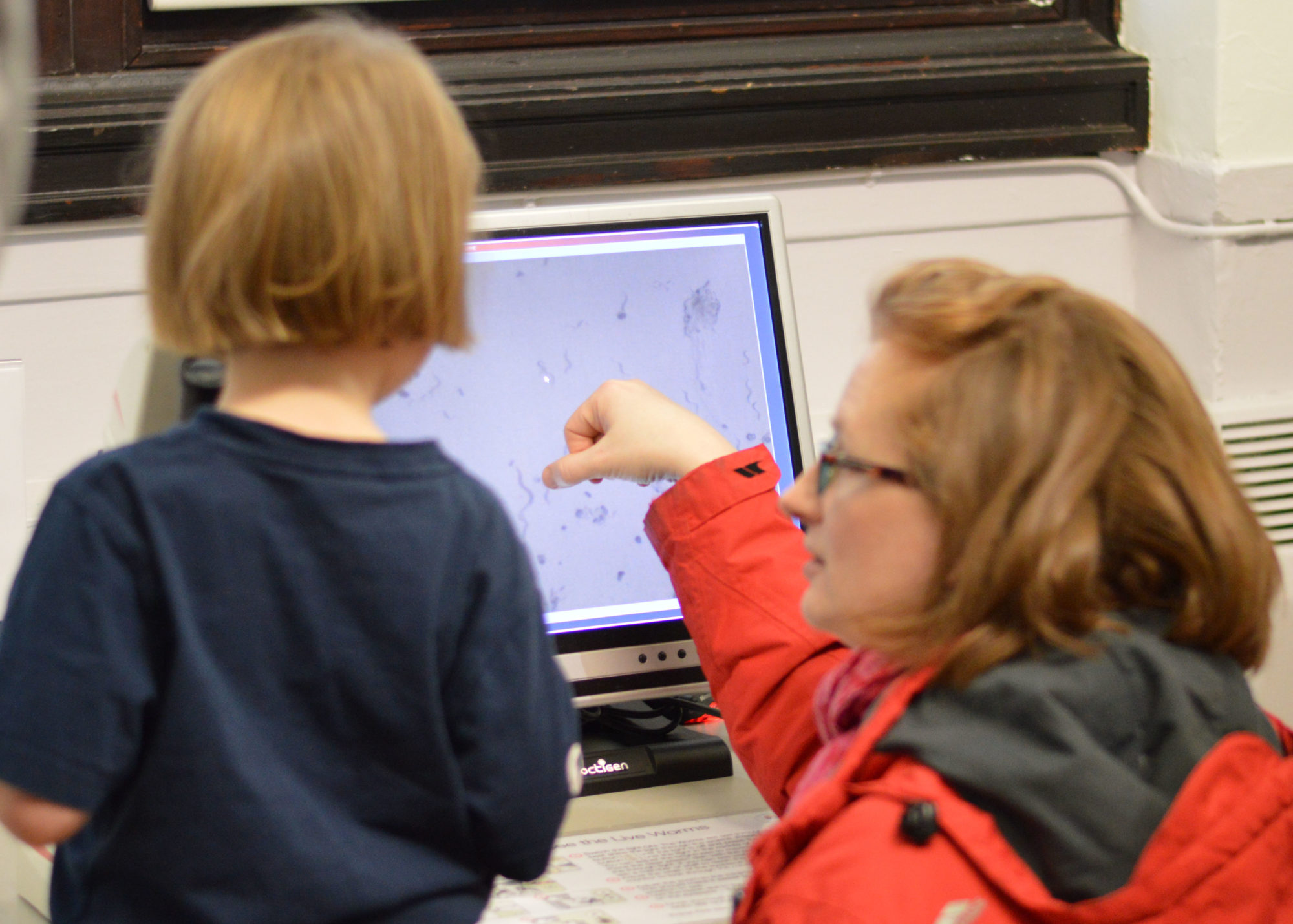 Did you know that C. elegans have been to Space?

They help with spaceflight research to explore the effects of zero gravity and radiation exposure. 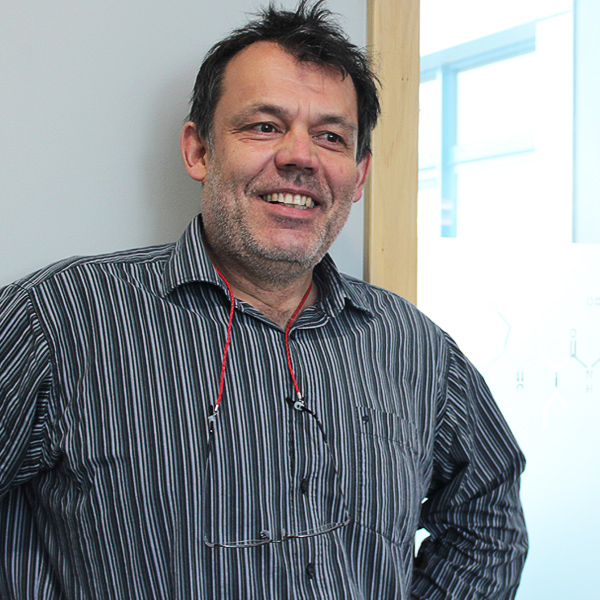 What did the scientists in space learn?

The worms develop and reproduce normally in space but there are changes in some of the genes linked to aging and muscle development. These insights could provide vital knowledge to help humans live in Space healthily for longer periods including during the mission to Mars. Did you know that our researcher Professor Anton Gartner (right) had some of his experiments confirmed in space! He is one of the stars of ‘The Giant Worm’.

Learn more about C. elegans and Anton Gartner’s research in the innovative video created by some of our undergraduate students as part of a level 3 media project.