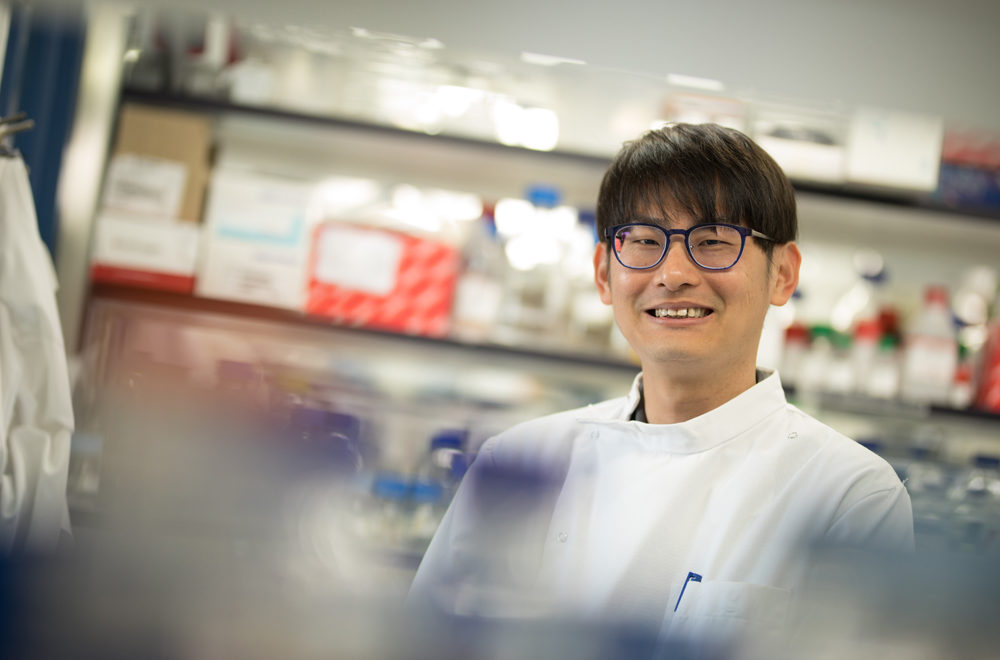 Boon-Chin Tan, a senior lecturer in the Centre for Research in Biotechnology for Agriculture at University of Malaya, Malaysia, has been awarded a Royal Society-Newton Advanced Fellowship to join Gordon Simpson’s lab.

In the coming year Boon-Chin will investigate how plant gene expression is controlled under drought stress by using new technologies, such as nanopore direct RNA sequencing. Water deficit caused by drought has a profound impact on crop growth and productivity. Boon-Chin believes that with the expertise of the Dundee team, gene expression and genome organisation in neglected crops important to developing countries, such as banana, will be elucidated.

Bananas and plantains are grown in more than 130 countries across the tropics, and about 90% are produced on small farms and consumed locally. They are particularly important in East Africa where they constitute the main staple food for about 50% of the population. In this part of the world the annual consumption can exceed 400 kg per person. In terms of gross value of production, bananas and plantains are the developing world’s fourth most important crop after rice, wheat and maize.

Since most cultivated bananas and plantains have sterile seeds, and therefore need to be propagated vegetatively (i.e. from cuttings), they cannot be conserved in normal seed banks. Away from farmers’ fields, there are three main ways to conserve bananas: in field genebanks, in vitro, and cryopreservation.

Boon-Chin said: “The Royal Society-Newton Advanced Fellowship is an amazing opportunity for me as it offers financial sponsorship and a chance to work in Gordon Simpson’s lab (Plant Sciences and The Centre for Gene Regulation and Expression) at the School of Life Sciences. With the knowledge and techniques acquired through this collaboration, I believe it will lay a solid foundation for my current research work and will contribute to this area of study in my home country”.

Gordon Simpson said: “We are happy to be sharing our expertise in RNA biology. Boon Chin is one of two Newton fund supported fellows joining the lab this year. South-East Asia is the centre of origin for banana, and with its different possible parent genome combinations, the regulation of gene expression in this valuable crop is both a fascinating and important area of research.

Gordon and members of his lab and Geoff Barton’s group will travel to Malaysia later this year to arrange a workshop on RNA Sequencing. To further improve links between the University of Dundee and the University of Malaya, the two organisations signed a memorandum of understanding on research around this award, earlier this year. Gordon will also be a keynote speaker at ICBMBB, in Kuala Lumpur Malaysia in August.

Boon-Chin received his PhD in Biosciences from University of Nottingham in 2013. He was employed by the University of Malaya as a postdoctoral research fellow before he took up the role of senior lecturer at Centre for Research in Biotechnology for Agriculture.

Uncovering the genome sequence of the water yam orphan crop